Award for THE LANGUAGE MAGICIAN 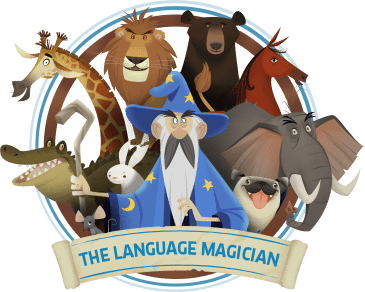 On 20 May 2019, the 15 best Erasmus+-Projects (final year 2018) were honoured during the annual conference of the National Agency for Erasmus+ in Bonn, Germany. We are delighted to announce that THE LANGUAGE MAGICIAN received the award in the category “Erasmus+ Innovation Project 2018”.  Minister of State, Prof. Dr. R. Alexander Lorz, President of the Standing Conference of the Ministers of Education and Cultural Affairs of the Länder in the Federal Republic of Germany and Education Minister of Hesse, and Gernot Stiwitz, Head of the German National Agency (Pädagogischer Austauschsdienst) handed over the prestigious prize while Michael Teutsch, European Commission, Directorate General for Education, Youth, Sport and Culture attended the event.

Gernot Stiwitz mentioned the highly professional product, the partners’ excellent cooperation and the substainability of the project as some of the reasons why the project was chosen.

The award was received by Roma Schultz, former project manager and Adviser for German at Goethe-Institut London, now Erasmus+ Coordinator at the schools office in Saxony (Landesamt für Schule und Bildung in Sachsen), who represented the team of ten partners (one being the Association for Language Learning) at the ceremony.

Recently, the project has also been introduced to members of a non-parlamentarian working-group at the House of Lords in London.