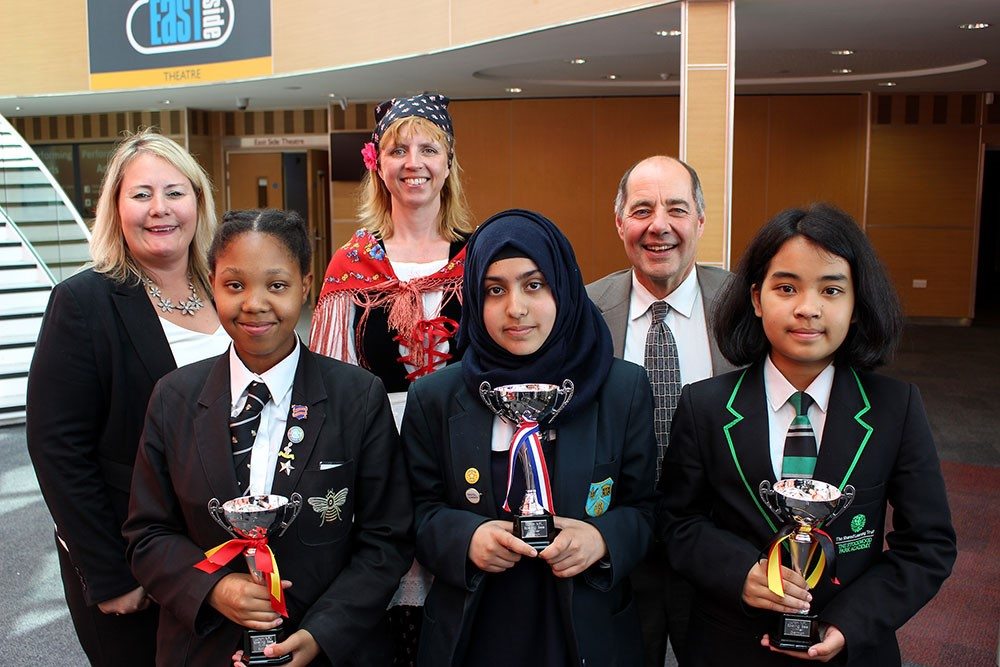 My name is Hilary Scholes and I am Department Leader for MFL at Challney High School for Girls in Luton.  I have taught French and Spanish for 12 years and have been a department leader for 2 and a half years.

On the 18 July  this year, the Luton MFL Network and Luton Sixth Form College held the inaugural Luton Languages Festival, an event conceived with the aim of celebrating the learning of languages and encouraging more year 7 pupils to consider pursuing languages to GCSE level and beyond. 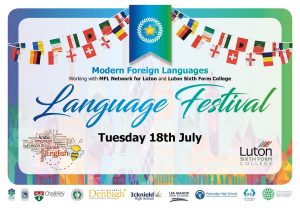 One of the ideas that had always been talked about as a network, was to have some sort of language festival, where we could all come together to celebrate language learning.  We decided to keep it quite simple – combining taster sessions in languages taught at the Sixth Form College, language puzzles from the UK Linguistics Olympiad and our own version of the Routes into Languages, Foreign Language Spelling Bee.  Each school was able to bring up to 10 pupils.

Victoria Abbot, MFL Network Lead, worked together with Samantha Fabbro, languages course manager at the college to put together a plan for the day:

Pupils were assigned a letter on arrival and then followed a specific timetable.  Example here:

The event was seen as a great success by all involved, and some of the comments from the feedback sheets from the pupils were testament to this:

“Latin was fun and made sense to me.”

“My favourite thing was all of it!”

Advice for running a similar event.

If you would like any more information on the festival please email Hilary.