What is the future for languages? 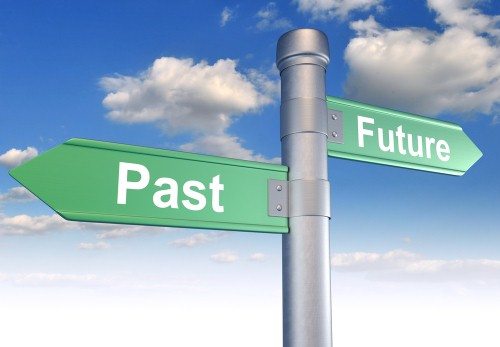 What is the future for Modern Languages in our schools? Does Michaela offer some pointers?

It is a strong statement to say, ‘modern languages are in crisis’, but when we look closely at what is happening across the country then the claim may well be justified.

We know that competence in languages is important for the economy. One study[1] quantified the nation’s collective ineptitude in languages as costing the economy 3.5% of GDP, and in the 2016 Pearson business survey[i], 54% of employers said they were dissatisfied with their employees’ language abilities.

But language learning is not simply a utilitarian exercise to improve the nation’s business performance. Language learning brings vital educational and personal benefits as well. The ability to see one’s own language and culture from a different perspective is a more indispensable aspect of education than perhaps ever before.

Will Brexit, as some suggest, mean that languages are less in demand than before?  Quite the opposite, in fact: without guaranteed trading relationships, British business will have to place an even higher premium on establishing contacts and building trust abroad, and for that they will need language skills.  Never have the tools we need to give the UK an outward-looking and internationally engaging mindset been more critical to our future.

A modern language is part of the EBacc suite of subjects, a recognition of its importance. However, in 2016, of those 16 year-olds who achieved a grade C in four out of five of the EBacc subjects, 78% were missing the language element, either because they did not take it or, because they did not get a C. In fact, only one third of 16 year-olds achieve a C in a language, and only half are even entered. Boys are significantly underrepresented in that figure. One statistic speaks volumes: despite the nation’s commitment to the teaching of French, only one in ten boys in England achieves a grade C in French GCSE[ii]. That is a shocking return on investment.

At A Level, the situation is worse still. Taken together, A Level entries for French, German and Spanish have halved over the past twenty years, to the point where courses are becoming unsustainable in many sixth forms, university departments are closing and the supply of future teachers has to be drawn increasingly from abroad.

Faced with so many challenges, what to do?

There is evidence that one way forward lies in rethinking how languages are taught in schools. The 2015 Ofsted report The Wasted Years notes that many pupils in KS3 know that languages are important, but, in spite of that, choose not to continue with them if and when they are given the choice.

It is too easy to blame this reluctance on the dominance of English as a global language. There are important factors to do with the way languages are organised, taught and supported in schools, which can be addressed and, which will improve the take-up of languages and pupils’ success in them. In a review, which I chaired on behalf of the Teaching School’s Council (TSC) – Modern Foreign Languages Pedagogy Review – I worked with an advisory group of professionals, and together, we made a number of recommendations to this end.

Building the knowledge base: Vocabulary, grammar and phonics

A central contention of the review was concerned with what we saw as importance of the knowledge content of language learning. In short, learning a language consists of learning vocabulary, grammar and phonics, and mastering combining these to the point of automaticity, so that they can be used for accurate communication.

Earlier this week I had the opportunity to visit the much talked about Michaela Community School in Brent and spent a couple of hours with deputy head Barry Smith, who led on the development of languages at the school in the early stages.  He describes his approach as ‘a unique literacy-focused approach to language teaching focusing on effective memorisation, the power of high frequency structures and written and spoken accuracy.’

Michaela is a school located in a far from advantaged community of south Brent.  The standards being achieved by pupils in French would be the envy of language teachers up and down the country.  In a middle Year 9 set, for example, pupils were able to translate, orally and with a significant level of automaticity characterised by excellent pronunciation, accuracy and fluency, complex sentences with multiple clauses, including a good range of subjunctives, and were able to talk, again with unusual accuracy, about the French language and its structure and grammar, in French.  Accuracy was demanded and largely delivered on adjectival agreements and verb endings in a range of tenses.  There was no well-meaning praise for inaccurate language: if an offering was wrong, they were told it was wrong, and correction was expected.

Barry and his colleagues follow a text-based approach, gradually building knowledge of vocabulary, grammar and phonics by interrogating and analyzing texts of increasing difficulty right from Year 7.  None of the well-known school French courses are used; there is no group work or pair work, as all oral work (which is practically non-stop through the lessons and completely integrated to the textual analysis) is led by the teacher, the expert.  Grammar is explained, but always in manageable quantities and embedded in extensive practice.  Vocabulary is built through the work on the texts, and constantly revisited.  Spelling and phonics, the rules of accurate pronunciation, are constantly and explicitly reinforced.

This approach is an illustration not only of markedly raised expectations, but also of the importance of systematically building the knowledge of which language learning consists: vocabulary, grammar and phonics.  Thematic topics do not drive the linguistic progression, though they are borne in mind as texts are constructed for the purpose of teaching, so a wide range of vocabulary is taught.  ‘Authentic texts’ are used in the sense that they are all good French, but ‘authentic resources’ do not drive the planning, but rather the texts are constructed or chosen to meet the planned learning requirements of the pupils.

While we were clear in the TSC report that the knowledge content of language courses needed to be recovered and placed at the centre of language learning, it is clearer than ever to me that this will by itself not be enough unless we change our expectations, preferably as a whole school (because it is hard to hold to a different set of standards and expectations in one subject only). A sea change is needed at whole school level in what we expect in terms of concentration on teacher led instruction, characterised by intensive demands for participation and response to questioning by pupils (so not the dull ‘lecture’ of the caricature often projected by detractors), a strong knowledge base underpinning curriculum planning, and an expectation of impeccable behaviour at all times, backed by rigorously enforced sanctions and rewards.  Then, and possibly only then, could one approach learning in the language classroom in a way that delivers the sort of remarkable progress and standards one sees in a school like Michaela.

The report also makes some important recommendations about the centrality of subject specific pedagogy in initial teacher training, and the need to identify what the subject specific curriculum for trainees should actually contain. We concluded that much initial teacher training does not define that pedagogy clearly enough or equip trainees with the sort of specialist pedagogical knowledge they need to maximise their effectiveness.

We are pleased that so many modern language initial teacher educators around the country, both in universities and in school-based SCITTs, have taken these points on board and are thinking hard about the sort of subject specific pedagogical knowledge teachers need to have mastered in order to be able to start teaching effectively.

Finally, senior leaders have an important role to play in both supporting and challenging the work of language teams. Many who responded to our enquiries as we prepared the report said they felt ill-equipped to do so, often because they were not themselves confident in the subject or its pedagogy.  We therefore included in the report a section designed to enable senior staff to make a real contribution to improving outcomes.

The full report with full recommendations is available online and we hope it will be used as a stimulus for rethinking approaches and enabling languages to become firmly established as a central and successful part of the secondary curriculum.

With thanks to Barry Smith and Michaela Community School, Brent, for their hospitality.

[1] Forman and Peck (2013),‘Costs to UK of language deficiencies as barrier to UK engagement in exporting, https://www.gov.uk/government/uploads/system/uploads/attachment_data/file/309899/Costs_to_UK_of_language_deficiencies_as_barrier_to_UK_engagement_in_exporting.pdf